The first landmark to admire is the huge mosaic on the front wall of the Tarnovia Hotel. It was designed in 1975 and pictures the Aleppo battle of 1850 with general Joseph Bem as the head of the Turkish army fighting the Arabian nomads. You can see the general’s figure on the wall. The mosaic was made of enormous number of stone and colourful glass pieces, and also of melted plastic mass, which was brought mainly from the Kasprzak Radio Factory in Warsaw. The mosaic was designed by Kazimierz Gąsiorowski, the acknowledged author of many similar projects, including those in the capital city. The Tarnów’s mosaic is one of the sites on the Ceramic Route in the Tarnów region. 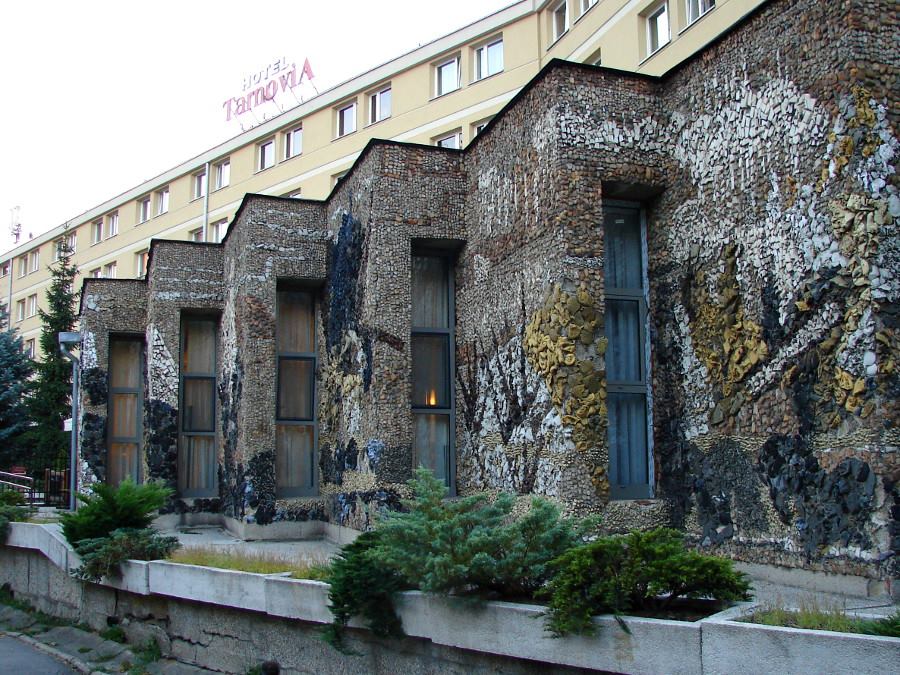 Tarnów is a beautiful and old city in the małopolskie province, located between Bochnia and Dębica, upon the Biała and Dunajec rivers, and between the A4 motorway and road number 94. Tarnów is the warmest place in Poland, so it is worth visiting and enjoying the weather! The city is called “Pearl of Renaissance” thanks to its historical buildings, architecture and the astonishing old town.

The city history reaches back many centuries into the past, to the beginnings of the Piast era. In the 9th century, the Slavic fortified town was erected on the St. Martin’s hill, which was functioning till the beginnings of the 11th century. Then an immense stone castle was built which was the ancestral seat of the Leliwita family. During many centuries Tarnów was a privately owned town and belonged to such families as: Tarnowscy, Ostrogscy, Zasławscy, or Sanguszko.

The landmarks in Tarnów

- the ruins of the 14th century Tarnowscy castle on St. Martin’s hill – the castle was built on the top of the hill, from which the whole city’s panorama may be admired; the remained castle ruins are vast and are the silent witness of the castle’s greatness; the hill is one of the most picturesque sites both for the city’s inhabitants and for the tourists

- the town hall – the Renaissance town hall in Tarnów is a real gem among such historical sites; it was built probably in the 15th century and then it was a wooden building, just as the other ones surrounding the town hall

- the cathedral, Kapitulna Street – the immense gothic church situated on the highest point of the city, with its tower visible almost from everywhere

- the Mikołajowski House, built in 1524, Cathedral Square – the oldest house in Tarnów, situated just opposite the cathedral in an extremely charming narrow street, now housing the Diocesan Museum

- the remains of the town battlements from 14th and 16th centuries

- the “prince’s” keep in Wałowa Street, from the 16th century

You are welcome to ask for more information and details at our reception desk, the city plan, maps and tourist guides are available there.